Kathmandu, The investigation team formed to probe into the US-Bangla airplane crash in the capital began its work today.

“The probe team has already go into action, and the investigation will move ahead in collaboration with international research agencies, as it involves an international flight,” said Joint Secretary at the Ministry of Culture, Tourism and Civil Aviation Suresh Acharya at a press conference held by the Tribhuvan International Airport Civil Aviation Office today. Former Secretary Yagya Prasad Gautam leads a six-member probe team formed by the government following the crash on Monday.

Acharya also shared that the aircraft manufacturer company in Canada and the Bangladeshi Civil Aviation Authorities have been informed about the matter, with many international experts likely to be involved in the investigation. Though the time has not been fixed, but the probe team is likely to come up with its report in five months.

Meanwhile, a discussion was also held with the Tourism Minister and Minister of State for Foreign Affairs of Bangladesh as well as with senior officials of the Civil Aviation Authority of Bangladesh.

According to latest reports, the death toll in the plane crash has so far reached 49 while 22 of the injured are undergoing treatment in various hospitals in the capital. Of them, 33 are Nepalis, 32 Bangladeshi citizens, one Chinese and on Maldivian citizen, according to CAAN General Secretary Sanjib Gautam 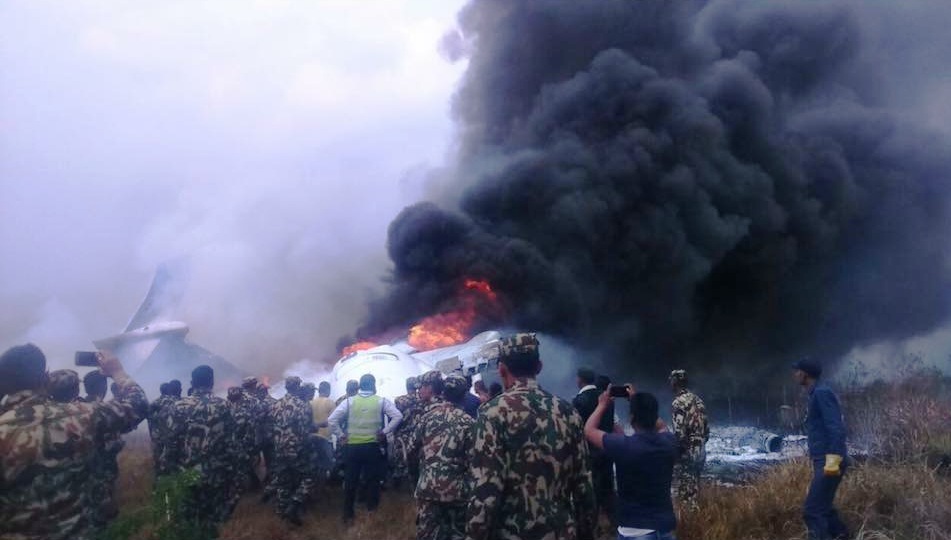