South Asia is more exposed to the risk of “hidden debt” from state-owned commercial banks (SOCBs), state-owned enterprises (SOEs) and public-private partnerships (PPPs) because of its greater reliance on them compared to other regions. But the report offers key areas for policy actions and concrete reforms that can help governments leverage public capital more responsibly through these types of entities to advance economic development.

“The COVID-19 pandemic has highlighted South Asia’s rising levels of public debt. The region is more exposed to the risk of hidden debt because it relies heavily on the governments’ involvement in markets to aid economic development, said Hartwig Schafer, World Bank Vice President for South Asia. “But the crisis demonstrates the critical importance of the judicious use of debt-financed public commitments and debt transparency to build back better, more sustainably, and more equitably.”

Hidden Debt studies the trade-offs between addressing development challenges directly through state presence in the markets and the risk of accumulating high levels of debt due to economic inefficiencies of off-balance sheet operations. It focuses on SOBCs, SOEs and PPPs and their contingent liabilities—obligations incurred by governments off their balance sheets that have triggers for payment. Over time, part of the debt is revealed as it hits the central government budget and debt stock, but a large part remains hidden under the radar of existing financial disclosure standards.

“The efficiency of South Asian state-owned banks and other state-owned enterprises is well below the international benchmark,” said Hans Timmer, World Bank Chief Economist for South Asia. “As governments rebuild from the shock of the COVID-19 pandemic and strive to avert future financial crises, they should clearly separate the social and commercial objectives of these enterprises in order to reduce inefficiencies, while maintaining socially beneficial investments.”

Governments often promise SOEs subsidies to run programs such as advancing access to electricity to underserved populations and small enterprises. SOCBs are asked to run government programs to promote financial inclusion or lend to under-served or riskier small and medium enterprises, often without compensation for losses that private markets avoid. They are also asked to stimulate economies during downturns or financially support large PPPs that have concentrated risks. These hidden mandates are based on requests that are often made ad hoc and without consideration of risks or costs.

“In episodes of systemic shock—such as the global financial crisis or the COVID-19 pandemic—when many banks experience distress simultaneously, private banks deleverage and curtail lending, while state-owned commercial banks receive capital and debt support from the state to continue or increase lending,” said Martin Melecky, World Bank Lead Economist and author of the report. “But this short-term stabilizing function comes at the cost of crowding out other social spending as public funds get spent on bank recapitalization and significant credit misallocation—away from successful firms and especially small and medium enterprises—making for an unequal recovery.”

Distressed public agents at the sub-national level also inflict substantial costs on the real economy and local business. When a subnational government is hit by a contingent liability shock, local investments suffer for several years. For example, local investments in the Indian states fall significantly in the year of a contingent liability shock, continue to decline in the year after, and remain significantly below the trend for three years after the event.

These downside risks of leveraging public capital can be mitigated and the upside benefits enhanced through four key avenues for reform:

Purpose. Clearly defining the purpose of SOCBs, SOEs and PPPs by spelling out their social versus commercial mandates.

Incentives. Structuring institutions, rules, and contracts in a way that creates proper incentives to perform in a manner consistent with the defined purpose. Importantly, the nature and extent of operational costs for SOCBs, SOEs, and PPPs—which often exceed market costs—need to be determined and linked to the government’s budgetary and debt management frameworks up front so that central governments can enforce greater financial discipline—including through hard budget constraints.

Transparency. Ensuring debt transparency and data collection so that both central and subnational governments can understand how SOCBs, SOEs, and PPPs shape the fiscal space and contribute to overall public debt—including direct obligations and explicit and implicit guarantees. Economic transparency is also needed, starting with public disclosure of the purpose of SOCBs, SOEs, and PPPs, the theory of change behind their operations, and robust monitoring and evaluation frameworks to demonstrate their developmental impact.

Accountability. Engaging financial markets, industry associations, the media and civil society in demanding the accountability of government for leveraging public capital responsibility in its off-balance sheet operations so it cannot use them for political self-interest or side deals.
Contacts: 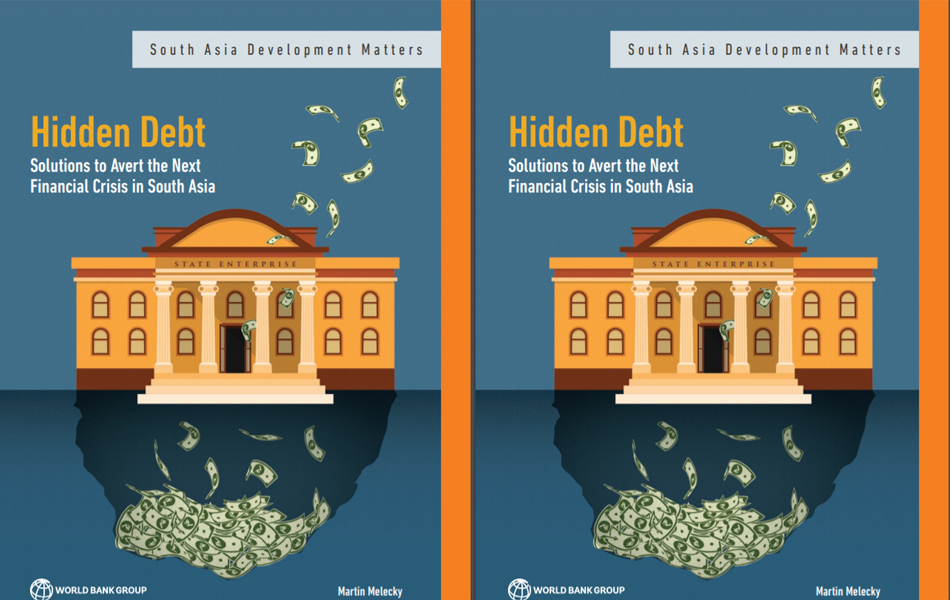