When LUST GREED envelop the HEART of man
Truth, Justice, Compassion and peace flee from it.

Most of the time, issues related to politics do not draw my attention because politics is a dirty game.
In Nepal, which in my birth country, government corruption is rampant and permeates all levels of the government. Politicians always put their agenda and greed over the voice and the well-being of the people. There have been many honest and just civil servants through the years that rally and champion for people’s cause and the well-being of the Nepali society, but all these brave men and women have been defeated by the corrupt system and pushed away from their authority and replaced by filthy and greedy individuals. I have been witnessing such stories since I was a little girl when I used to be a very active “PRAGATISHIL GEET SINGER” and have noticed that the same pattern repeats itself over and over in ‘Nepali Rajniti’.

Watching and reading news has made me more sad than happy because of so much negativity in Nepal and all over the world. For this reason, I have stopped watching TV and reading news. One Day, while I was cooking, my father-in-law was watching a news program about what good things “Nawaraj Silwal” had done to curb corruption in the country. His work involved: 1. Arresting fled murderers 2. Arresting fake doctors who were practicing without licenses 3. Providing safety in ATM machines 4. Halting illegal gold trafficking to the country. These are only few examples among his numerous bold actions.

His body of work truly reflects good over evil. I was very impressed with all he has done and believe that there is hope even in Nepal that good people prevail and can provide safety and security to the public. 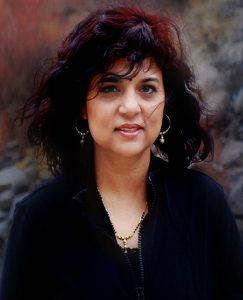 In this chaotic times and in the darkness of corruption that is engulfing the country, sometimes a light like Nawaraj Silwal starts to shine and bring joy and hope to the public. It exposes the corrupted leaders. The government which is flooded with so much selfishness and desires, shamelessly demand to blow out the candle that dares to shine in the dark. This IGP selection process is really drawing my attention. I begin to wonder as to why the government is so blind and hesitant to work with a true reformer like Silwal? Why are they drowning out the public voice to elect the right candidate such as Silwal for the position that will bring stability, allow the public to feel safe, and bring fear in the criminals?

Why should we not let the one who is striving to bring changes in the corrupt and criminal world and reform the system? I believe Silwal is very qualified and able to lead as an IGP. We the people vote in our elected officials in good faith that they implement policies for the safety and security of the people. Why do the elected officials, the so called ‘Netas’ not be sympathetic to the people’s cause and nominate a true leader and a true servant of the people?

This a just a thought and commentary from one person, but I am sure many Nepalis have this same sentiment about this issue and are expressing it in different ways. Eventually there will come a day where the will of the people will prevail. My humble plea to all responsible authorities is: “Please do not waste time, money, and energy of the Nepali people, and provide justice by selecting Nawaraj Silwal as the new Inspector General Police.

Who will become the Prime -Minister of the United Kingdom, Mr Rishi or Miss Lizz?