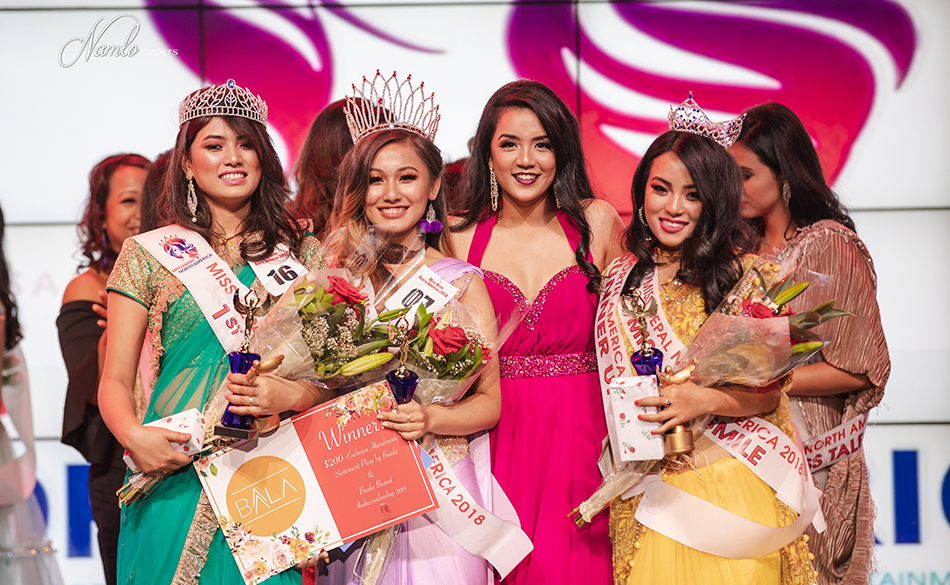 The show’s Chief Guest was His Honorable Councilman – Costa Constantinides of New York City District 22, with honorable guests from various member of Nepali ethnic communities in New York. The show was judged by Chief Judge Yvone Forbes – the CEO of Labelladiva Enterprises LLC (a full service boutique Public Relations Firm), COO of Fashion in The Fast Lane, Editor-In Chief of F.I.T.F.L, and a Hollywood Celebrity Publicist; Sletvana and Kramer – Miss Tourism Russia 2017, Miss Sportswear 2017, Model of the Year 201Miss. Charity International 2017 title holder; Jolly Amatya – Head of the secretariat of United Nations Major Group for Children and Youth (UN MGCY) 2018 -2020 as she is the first Nepali to every be appointed this position; Raju Shrestha – An entrepreneur, business magnet, and also the premium sponsor of Miss Nepal North America as Voyage to Shangrila; and Fathema Ruma – a celebrity Model, Actress, and entrepreneur from Bangladesh who was also crowned as Miss photogenic Bangladesh in 2000. The show was Choreographed by Miss Nepal 2010 Sadichha Shrestha, hosted by Miss Universe Nepal Nagma Shrestha, and photographed by Americas top 7 photographer and founder of Namlo Events Mr. Bikrant Shrestha, and video graphed by Kunchok Sherpa of Hamroclick New York.

The event was well received by an audience of over 700 people with performances by Hemanta Rana, Bartika Eam Rai, Bikki Gurung, and Dharambir Lama and the Jhankaar Dance Center New York.

The organizers would like to express their sincere graduate for all the support of Sponsors, Medias, Promoting Partners, Advisors, and the entire Miss Nepal North America team for one of the grandest show of the year 2018. We will all see you next year! 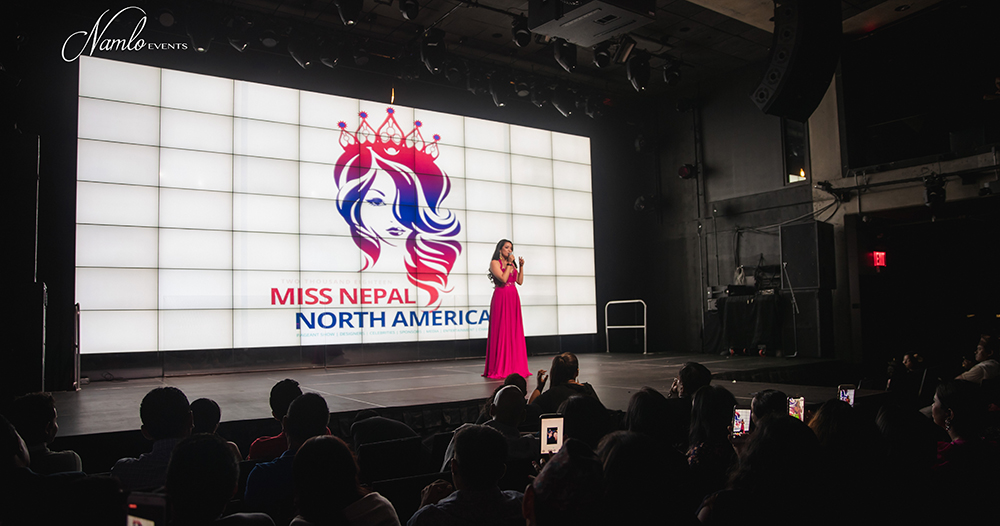