Antarprerana organized a press release regarding the Creative Business Cup Nepal on 30 July 2018 amidst the journalists and media personnel representing visual and mass media at Indreni Foodland, Buddhanagar. 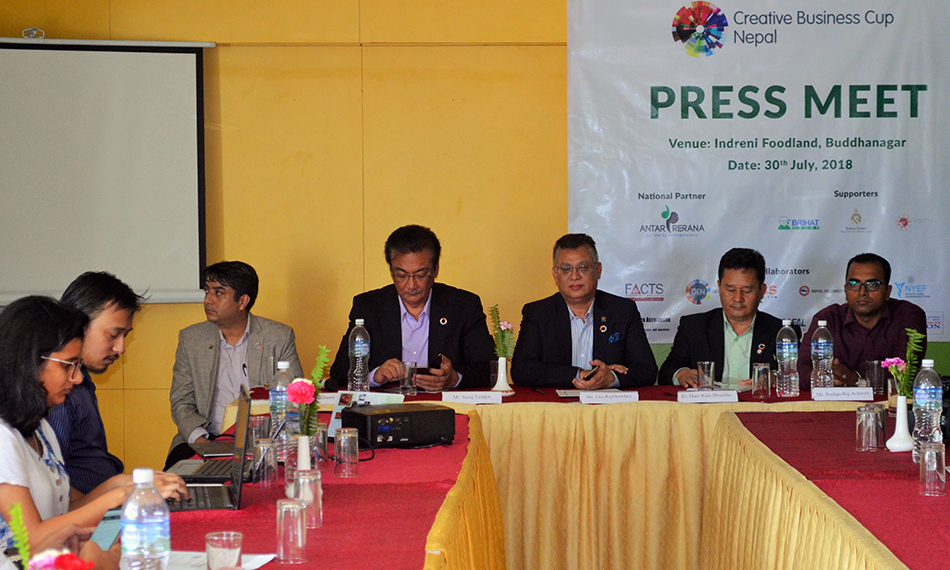 Mr. Niraj Khanal, Co-founder and the CEO of Antarprerana shared that the company became the national partner of the Creative Business Cup (CBC), a global initiative for entrepreneurship and innovation. He mentioned that a national challenge event would be organized in the first week of September. The CBC as a part of Global Entrepreneurs Network organizes a global event annually where startups, investors, mentors and industry experts come together to celebrate this Olympics of startups.

Appreciating the role of Antarprerana Er. Hare Ram Shrestha the president of Nepal Engineer’s Association (NEA) expressed his confidence that competitions such as the CBC will provide a great avenue for young entrepreneurs from engineering and other sectors to explore their creativity.

Mr. Pushpa Raj Acharya, the president of the Society of Economic Journalists Nepal (SEJON), acknowledged the advancement of neighboring countries for bringing various programs to support startups and that Nepal has a lot more to do. He remarked that SEJON is always willing to support startups in all possible ways.

He especially pinpointed the need to develop policies regarding Intellectual Property Rights in the nation. The SEJON has also announced its collaboration with Antarprerana through this press release. The two parties will work to support and mentor startups as media is one of the most important aspects for any business to survive.

At the press meet, Mr. Suraj Vaidya, President of Vaidya’s Organization of Industries and Trading Houses (VOITH) also the advisor of the CBC Nepal challenge event highlighted that people have not realized their true potential and that Nepal was a mini silicon valley in itself. Mr. Vaidya remarked that Nepal is a creative hub for young entrepreneurs and that they have to be guided to expose their potentiality at the international forum like the CBC.

The press meet concluded with the remark by Mr. Om Rajbhandary, Chairperson of Antarprerana and the Executive Chairman of Brihat Group. He highlighted the need for international linkages and network for Nepali companies so that they would learn and compete globally. Mr. Rajbhandary is the advisor of the CBC Nepal initiative.

The sectors for the CBC 2018 include Advertising, architecture, design, fashion, film, video and photography, gastronomy, music, software, computer games and electronics, leisure activities and experiential technologies. The winner of the CBC Nepal will get a chance to pitch their business ideas in Copenhagen, Denmark competing alongside other national winners from over a hundred countries. The national winner will win a sponsored trip to Copenhagen and get a chance to improve their global networks in the global avenue. This is the first time such an event is happening in Nepal.

The deadline for applying to the CBC Nepal will close on 05 August 2018, 05.00 pm (Nepal Time). The further details can be accessed through https://antarprerana.com.np/cbc or please contact: 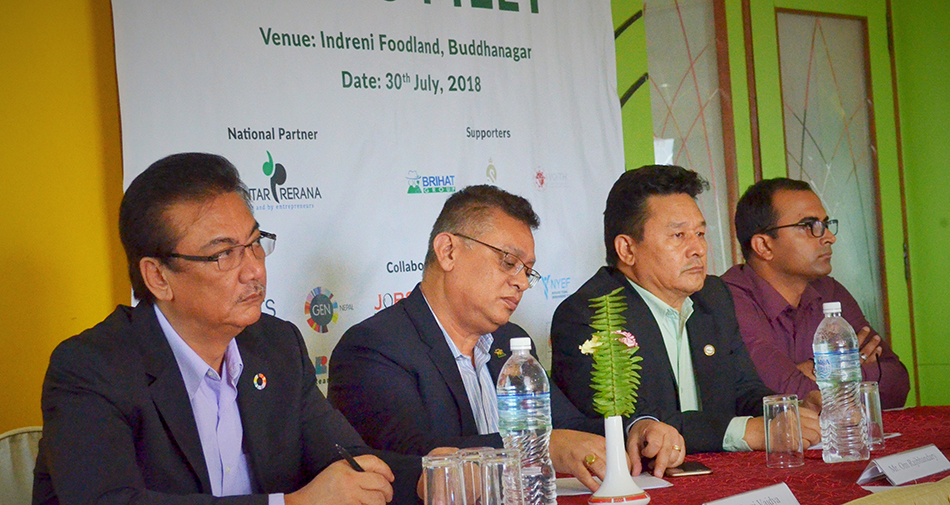