Norvic Celebrates its 24th Anniversary amidst a variety of Programme

Kathmandu, April 22, 2017.
Norvic International Hospital has celebrated its 24th anniversary amidst a variety of programme in Kathmandu today.

Established in 1993 as a 30 bedded nursing home, it has now transformed itself as one of the multispecialty hospital of international repute.

The anniversary function was inaugurated by the Chief Guest of the programme, Rt. Hon’ble Vice President, Nanda Bahadur Pun by lighting the panas. Before the inauguration, Megha Chaudhary Shakya, Managing Director at Norvic welcomed the guests in the function. She highlighted some of the future plans of the hospital.
Under the technical tie up of Norvic-Fortis advantage, the Sr. Vice President of Fortis Group of Hospitals, Mr. Sunil Kapoor expressed his gratitude for being able to establish a technical affiliation with Norvic. Under this arrangement, 99% of the Nepalese patient needing expert medical care will be treated at Norvic itself instead of taking them to India or elsewhere. This arrangement will greatly benefit Nepalese critical patients, said Mr. Kapoor. 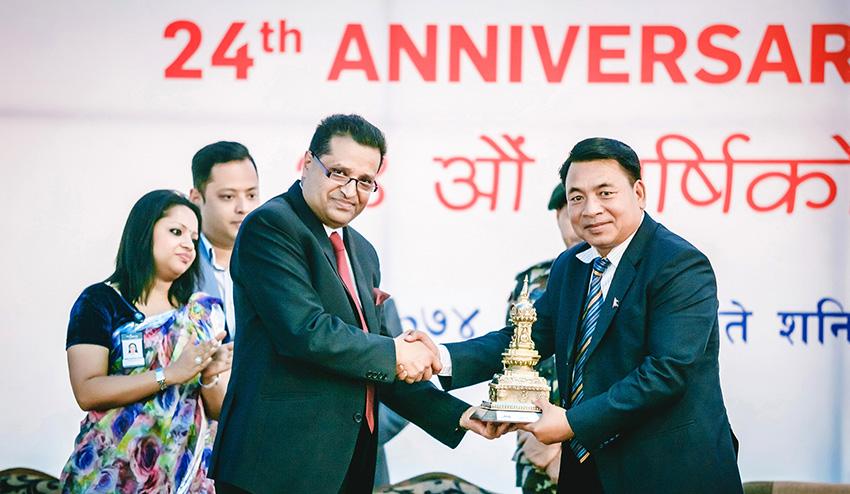 Guest of Honour to the function, member of the national planning commission, Prof. Dr. Geeta Bhakta Joshi felicitated some of the noted staffs completing their long service at Norvic. He also felicitated some of the outstanding staffs including the best judged head of department and best employees of the year. He gave away certificate of appreciation to the outstanding employees. 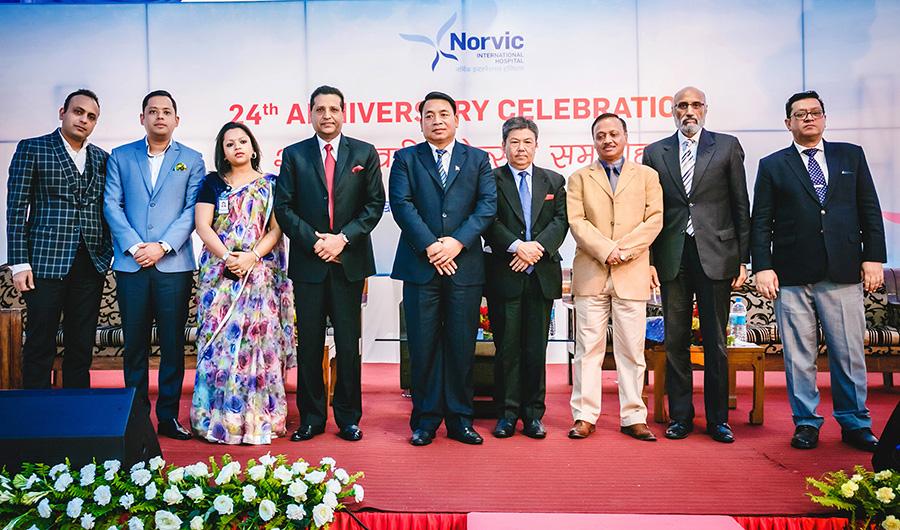 Total built up area will be 1,32,000 sq. ft. The hospital will be investing NRs. 1,500 million to set up a highly specialized cancer centre and a Mother & Child Care wing. The new facilities to be set up at a separate location, shall entail an addition of 200 beds.

The mother & child centre will be managed and run completely by women expertise only.
Mr. Chaudhary also pledges to make Nepal a better health care destination and shed light on the hospital’s vivid achievements / milestones and development plans for immediate future. He further added that the hospital will add the latest version of diagnotic equipment soon. He also reiterated his commitment to further upgrade Norvic’s medical services with cutting edge technology.

The function was concluded with the vote of thanks from the Hospital’s Executive Director, Mr. Rajendra Bahadur Singh.