The Observer Group Lebanon (OGL), which is a part of the United Nations Truce Supervision Organization (UNTSO), had a change of command from Commandant Peter Ott (Ireland) to Lieutenant Colonel Ram Kaji Thapa (Nepal) during a ceremony in the UNIFIL Headquarters.

With the change in command, the new OGL chief, Lt. Col. Thapa, has taken charge of 53 unarmed officers from 20 different countries.

OGL observers support UNIFIL in maintaining the stability and calm in the Mission’s 1,060 square kilometre area of operation in south Lebanon. Operating under the overall leadership of UNTSO, their counterparts are also present in Israel and the UN Disengagement Observer Force (UNDOF) in the Golan Heights. A group of observers remains in Sinai to maintain a UN presence in the peninsula.

Although OGL observers in Lebanon are under the UNTSO operational authority, they are under operational control of the UNIFIL Head of Mission and Force Commander. 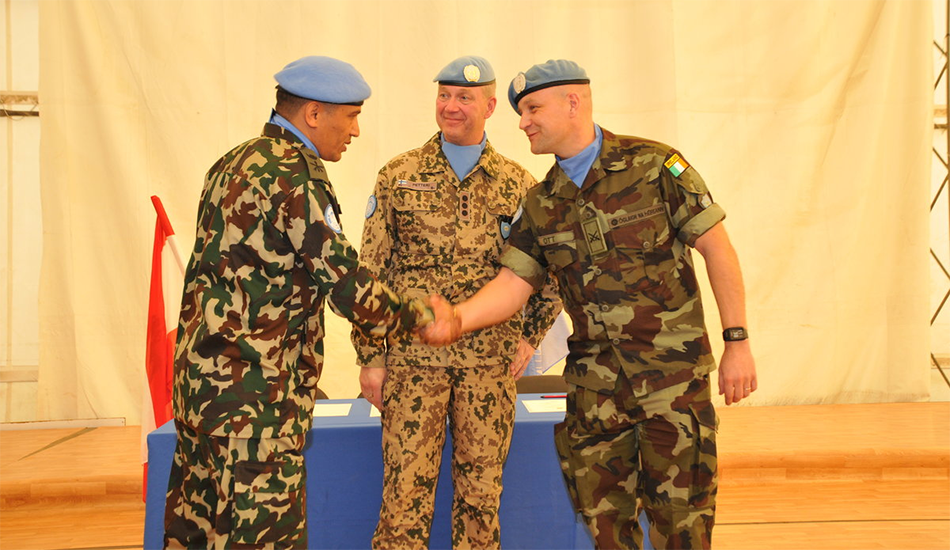