Mr. Patel, hero of India’s taekwondo young player set the world record by hitting 87 kicks in three minutes in 2019 but this title has now been won by Ujjwal Thakuri from 2021 from USA. To set the new world record, Ujjwal Thakuri had started the exercise of lifting weights with leg and kicking every day for three years. The fruit of hard labor and dedication is obtained. 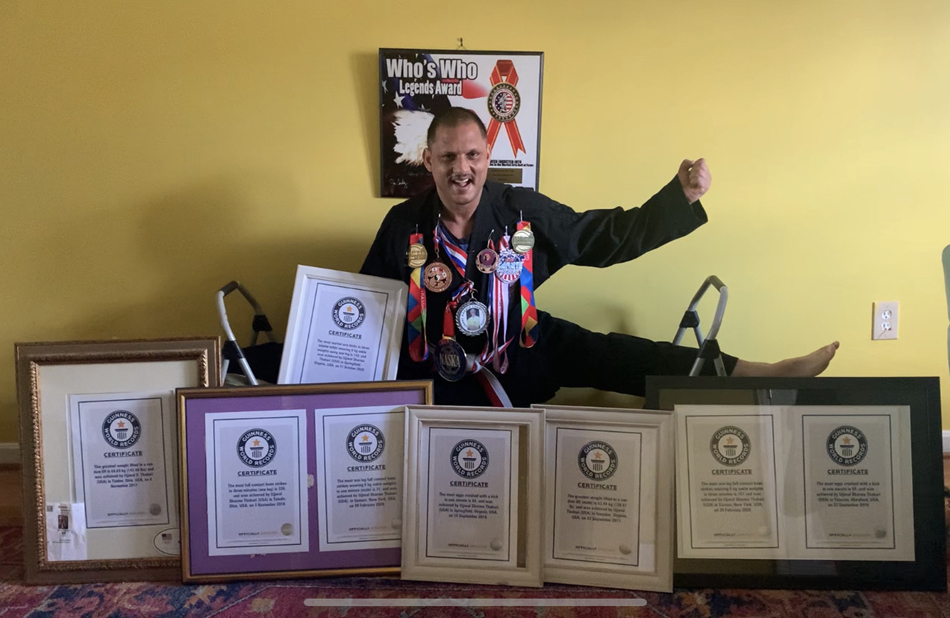 For the first one or two months, Mr. Thakuri thought that his waist has given up , but as he continued with the practice regime with perseverance and dedication. His strict recommendation is not to try at home. Without knowledge and proper coaching, this exercise regime is extremely dangerous.

Not only that, Ujjwal Thakuri already broke the world record set by the same Indian Olympic player Bade Sai Deepak Patel by hitting 175 knees in 3 minutes 4 feet above the 2017 world record. Ujjwal Thakuri has broken this record by doing 226 knee strikes in 3 minutes 4 feet above the 2018. Ujjwal broke the record striking 51 additional kicks then the Indian Olympic player.

In other words, Ujjwal Thakuri has broken two strong records of India Olympic player fast knee strikes and fast kick. This is a testament of how strong and talented Nepal’s players are. The entire world record held by Ujjwal Thakuri is only related to martial arts. His next attempt is still ongoing.

His dream is to raise the name of both countries Nepal and the USA by setting 10 world records in martial arts. Ujjwal Thakuri is the only Nepali karate player to have won such a high degree of awards in martial arts in the United States as a Nepali and as a part of the immigrant community.

Ujjwal Thakuri’s other world records are just as dangerous. Ujjwal Thakuri’s statement is hard to break my record but whoever breaks it is really a hero and I will respect him. Now Ujjwal Thakuri’s next goal is to win the title by breaking the record of Pakistani taekwondo player Mohammad Rashid. Just wait for the next news. 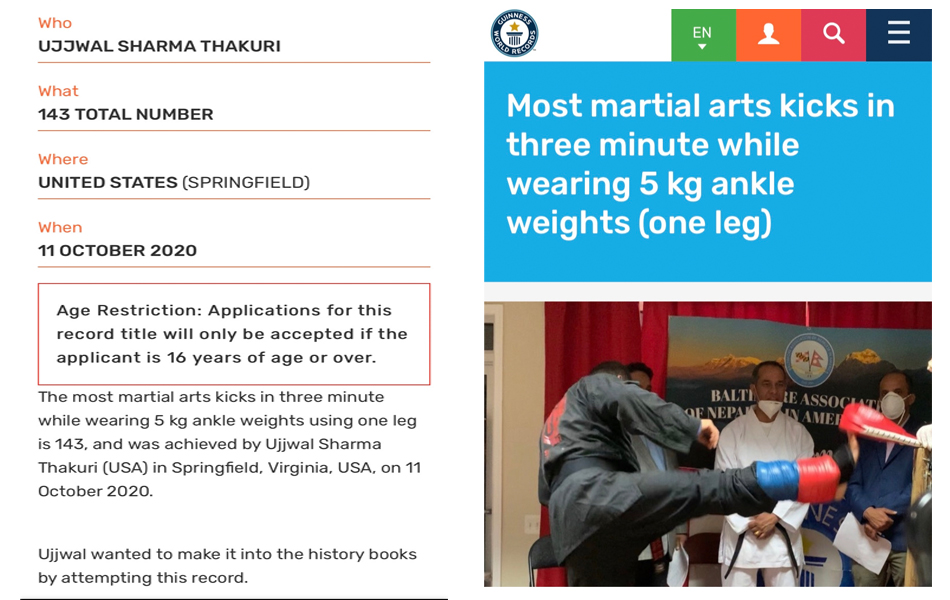