The ‘Eyes of Swayambhu’ are weeping today. The corruption and cruelty of our high-ranking Nepali politicians, who promote their biased and selfish agenda, are spreading chaos in the country. We are so blessed to be born in the nation of Lord Buddha who lit and spread the light of peace and love around the world. Many have been enlightened with his message and have found the true inner peace. Spiritually, many are embracing Buddha’s powerful teachings. Ours is the land of many exotic spiritual destinations where higher vibrations of spiritual energy reside, and people from around the world come to visit these beautiful places.

The gleeful ‘Eyes of Swayambhu’, the Stupa which represents Lord Buddha spreading message of love and peace, are watering today. Lord Shiva, who is the symbol for destroying negative energy, is sitting ideal in vain watching the cruelty and negativity of political leaders. What a shame.

Honest and hard-working servants of the country cannot be made the sacrificial lambs by the ruling elite to promote their selfish agenda and hoard personal wealth through corruption and bribery. The honest people have been their victims for years. Many innocent lives have been lost in this egotistical struggle by the political parties. Now you are going too far by abusing your authority by making honest, bright, hard-working servants of the country your victims. How far are you daring to push the limit? It’s ethically shameful and legally criminal not to follow the law that protects the people. If the government doesn’t follow the law how can you expect others to follow it?

Respect the law that gives people hope and shines light in the darkness of corruption in Nepal. People are fed up with political leaders, their in-fighting, their corruption, their disregard to the law, and their bottom dwelling filth of amassing riches by stealing form the people. How can we expect a bright future of the country and our people when these disease-infested political leaders are addicted to greed, ego, and criminal possessions? 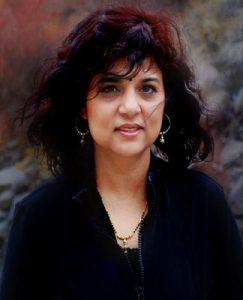 The people in Nepal need to be aware of the deception of the political leaders who very cleverly manipulate the masses and turn them against each other. Please do not fall for this deception of following the crowd but be aware and raise voices for the truth.

On the recent selection process of the IGP, please do not delay the process. Follow the lead of the Supreme Court which has rejected the previous appointment. Now follow the true process of merit, eligibility, and the voice of the people, and move forward with Silwal’s appointment. Nepal deserves an honest law enforcer, who would bring fear to even the high-ranking officials who to this day are fearlessly robbing the innocent people.