Who will become the Prime -Minister of the United Kingdom, Mr Rishi or Miss Lizz? 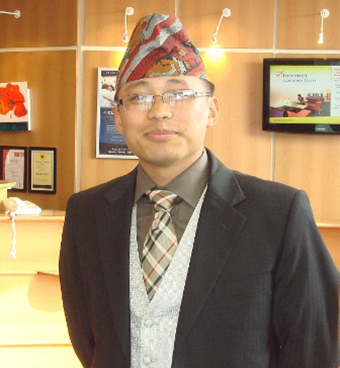 UK’s politics are changing rapidly as time flies if we look back at the last couple of years. Conservative Party’s politics is also affected very differently, leaders are changing constantly due to their character, attitude, behavior , ambition and unacceptable wordings instead of national interest. Within five years, Conservative Party has been running elections in search of a better leader for the third time in rows, which is an absolute headache for the public and their party members too. Now, many members have already decided who is the Prime-minister of the United Kingdom. Many have not and many have already cast their votes. Now, let us talk about Miss Lizz and Mr Rishi.

Lizz has led the poll and Rishi is trailing far behind, but I question myself is it real? Once in the Pandemic, most of the British public hailed Rishi as a hero and praised his job as a chancellor. Why did conservative members change their minds or Sunak was not popular within the party from the beginning? And why is so much different on the polls, Lizz is not popular as Boris Johnson. If someone popular like Johnson leads a poll like this is normal but Lizz Truss seriously didn’t have popularity like that how she is leading now with a massive difference, doesn’t make sense to me. if the final result will come just like polls will be analyzed differently in UK’s politics and will help Labour to win the general election easily because they can take this matter differently in the next general election. Therefore, I wish there won’t be that much difference in the final result to create fair politics in the United Kingdom. However, it is all in hands of Party members to choose their Leader and UK’s Prime Minister.

I think Lizz Truss listens to the public and others’ advice and try to do things in that way which is a good side of her. Listening is a valuable skill for her but listening to everyone and acting differently many times for one thing is not good at all who will sit in the office and makes all the decisions for the country. Looking at her track record from her early days till now she has changed her mind a lot and never stick to her political values and standards. Now, she is promising tax cuts from day one in office means a lot of risk to the national economy she may not avoid the worst recession in the country as her economic plan she looks happy to take more loans to run the country for me she looks more Labor or Liberal. However, she has been always changing her position to adjust her stability may be good for the country, and she may turn to the more beneficial side. She is unpredictable, she could do things differently and she can swing the situation on her side easily which has proven even looking at the leadership campaign. She was far behind at the Parliamentary votes but made the final two and now looks successful to attract Boris Johnson’s conservative voters impressively. If she wins, I hope she will be able to avoid a recession. I wish best of luck with her campaign.

I think Rishi Sunak has a detailed plan and study of the country, he knows very well what he is going to do and what he wants to do. He has a better understanding of his job roles and the courage to do things correctly. He has proved that he is good at his job role and won the support of the majority parliament members of his party. There is no question about his capability. I think he became less popular among the party members because he resigned as a chancellor and betrayed Boris Johnson. But what I see is Boris Johnson is not above the country, he never comes before the country and Sunak didn’t betray Johnson, he just put the country first and his political career first. I don’t think Sunak betray anyone. But only the problem with Sunak was I saw he was not confident looking at his body and facial expressions at the beginning of a campaign which put off more voters. He was controversial due to his family tax but later sorted out. I think he is trying to be honest regarding tax cuts and he doesn’t want to make risky promises just to win the election which is good of him. He is an honest and talented politician. I think even if he loses the election still he has left the room to be Prime Minister in the future. At this point, looking at all his debates and speech, if he wins the election and becomes prime minister he can steer the country in the right direction undoubtedly. And I hope if he wins will make the country better, good luck with his campaign.

I really didn’t try to side with any of them but just told the truth about what my mind said about them. I believe better will win and make a successful Prime minister of the united kingdom. Whatever polls show now, what I believe is that there won’t be that much difference in the final result and the winner will have 52 to 58 % of the votes whoever wins. Best of luck to both of them again.