In the past, after a protest spearheaded by distinguished Hindu statesman Rajan Zed; Etsy removed from its website the toilet-seat, flip-flops, and ashtray carrying images of Lord Ganesh; which Hindus thought were utterly insensitive.

Zed, who is President of Universal Society of Hinduism, in a statement in Nevada today, said that Etsy should have been enlightened by now that Lord Ganesh was highly revered in Hinduism and was meant to be worshipped in temples or home shrines and not to adorn one’s crotch. Inappropriate usage of Hindu deities or concepts or symbols or icons for commercial or other agenda was not okay as it hurt the devotees.

Rajan Zed also urged Etsy and its CEO Josh Silverman to offer a formal apology; besides withdrawing Sexy Ganesh Thong Panties; as this was not the first time for the company to offer such products which were deemed offensive by Hindu devotees.

Hinduism was the oldest and third largest religion of the world with about 1.2 billion adherents and a rich philosophical thought and it should not be taken frivolously. Symbols of any faith, larger or smaller, should not be mishandled, Zed noted.

Etsy; founded in 2005 in an apartment in Brooklyn and now headquartered in its Dumbo neighborhood with additional offices in Germany, Ireland, UK, India, France, Canada, Chicago, San Francisco, Hudson (New York); describes itself as “global marketplace”. It claims to have had annual gross merchandise sales of $5B in 2019. Objectionable Sexy Ganesh Thong Panties was priced at $16.95.

In Hinduism, Lord Ganesh is worshipped as god of wisdom and remover of obstacles and is invoked before the beginning of any major undertaking. There are about three million Hindus in USA. 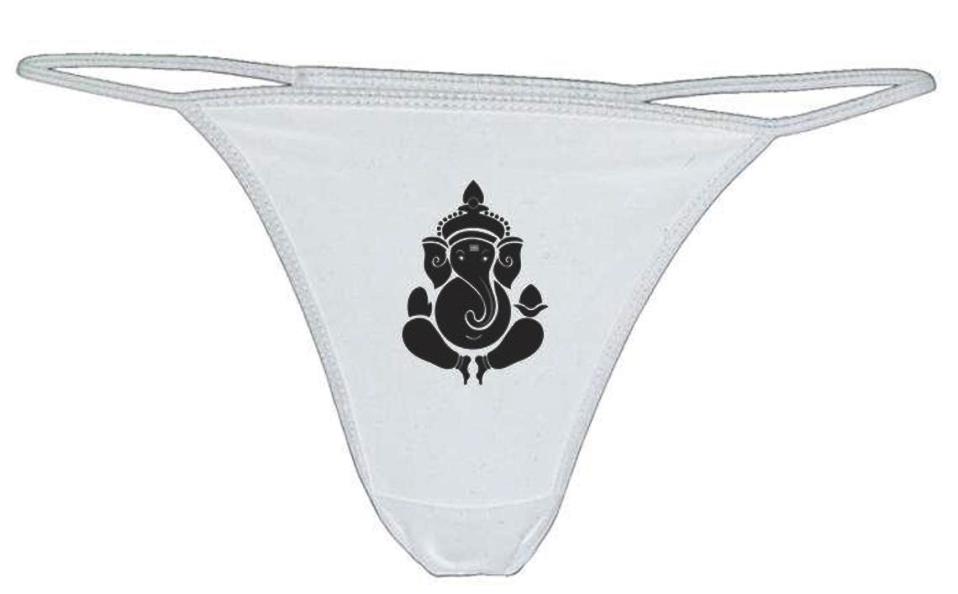