Distinguished Hindu statesman Rajan Zed, in a statement in Nevada (USA) today, said that Lord Ganesha was highly revered in Hinduism and was meant to be worshipped in temples or home shrines and not to stand/sit on or put feet/buttocks/legs on. Inappropriate usage of Hindu deities or concepts or symbols for commercial or other agenda was not okay as it hurt the devotees.

Zed, who is President of Universal Society of Hinduism, also urged Quiltliving Store to offer a formal apology.

Zed further said that such trivialization of Hindu deity was disturbing to the Hindus world over. Hindus were for free artistic expression and speech as much as anybody else if not more. But faith was something sacred and attempts at trivializing it hurt the followers, Zed added.

Ganesha Rug, which is claimed to feel “soft under your foot” and add “texture to the floor”, was priced at $49.95. Quiltliving Store, whose tagline is “Designed for your sweet home”; sells carpets, rugs, blankets, bedding sets, floor overlays, tumblers, etc. 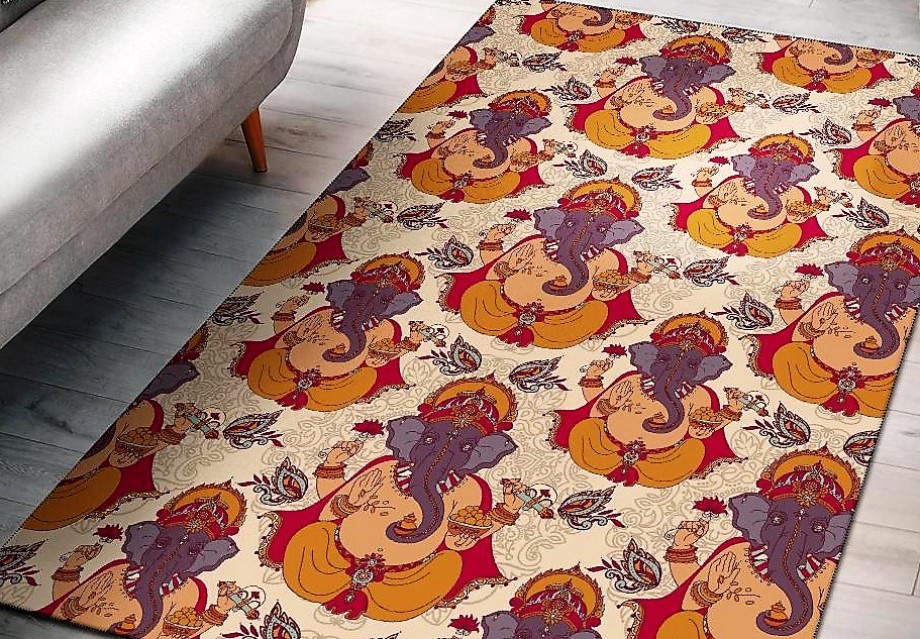