Hindus are seeking apology from Hollywood singer-actress Selena Gomez and multinational sports brand Puma for what they call as blatant cultural insensitivity in their recent advertising campaign showing Gomez standing-sitting-footresting on books.

Books commanded immense respect among Hindus who saw reflection of goddess Sarasvati in the books. It was highly insensitive on the part of Gomez and Puma to display flagrant disrespect to the books simply for mercantile greed; Hindu statesman Rajan Zed, stated in Nevada today.

Zed, who is President of Universal Society of Hinduism, urged Gomez and Puma to show some maturity and withdraw all publicity material which depicted Gomez standing-sitting-footresting on books; besides formally apologizing.

Rajan Zed pointed out that it was shocking for many to see books, which had transformed lives and empowered the world for centuries, being trivialized by Gomez and Puma to push the PUMA AW19 athleisure collection; and then claiming: “Selena and the team had a timeless, scholastic mindset when designing the collection”.

Knowledge was sacred and promoting a product by stepping on books with shoes on was clearly a display of poor taste, Zed noted; and added that books had been a source of wisdom and knowledge for the humanity and deserved high respect. Sarasvati is revered as great goddess of learning in Hinduism and is shown holding Vedas in one hand. Rig-Veda is world’s oldest extant scripture.

Hinduism is oldest and third largest religion of the world with about 1.1 billion adherents. There are about three million Hindus in USA. The SG x PUMA AW19 Collection will be available globally on December 1st at PUMA.com, PUMA stores, and selected retailers worldwide.

PUMA, headquartered in Herzogenaurach (Germany) and launched in 1948, claims to be “one of the world’s leading sports brands” with products distributed in over 120 countries. Its Mission is “To be the Fastest Sports Brand in the World” and in 2018, its sales reached around 4.6 billion Euros. Bjørn Gulden is CEO, while Jean-Francois Palus is Supervisory Board Chairman. 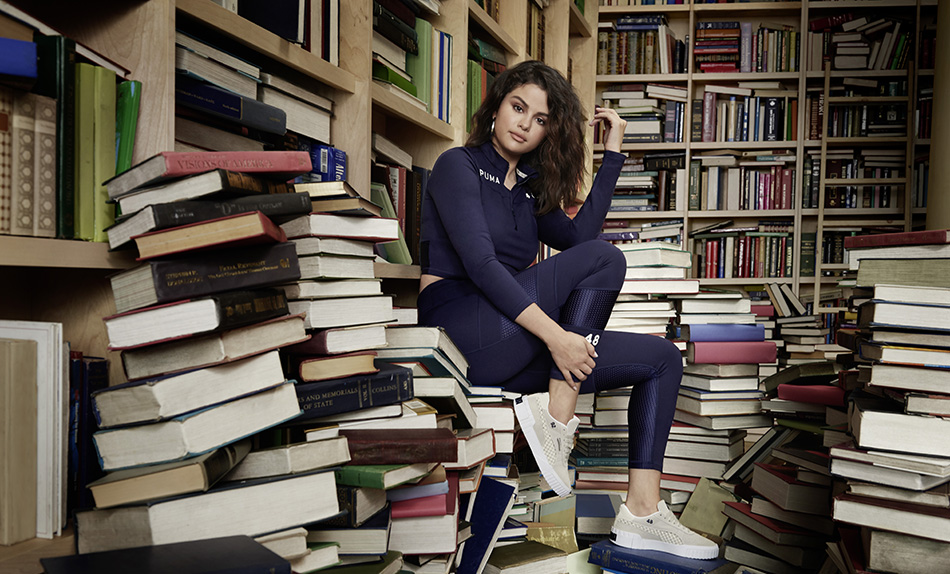