Wuhan (China), Oct 18: Deputy Prime Minister and Minister for Defence Ishwar Pokharel has directed the athletes to be disciplined and decent in the sports competition so that the nation’s pride would be further enhanced.

He noted that the competition is an important opportunity for Nepali players, especially for the players from Nepal Army therefore the participants should be disciplined.

On the occasion, Major General Shani Chandra Bahadur Singh and Colonel Shashi Kiran Rayamajhi briefed DPM about the preparations from NA side.

This sports competition is taken as the second biggest sports festival of the Olympics. Twenty-seven games have been included in the competition including two demonstration games. 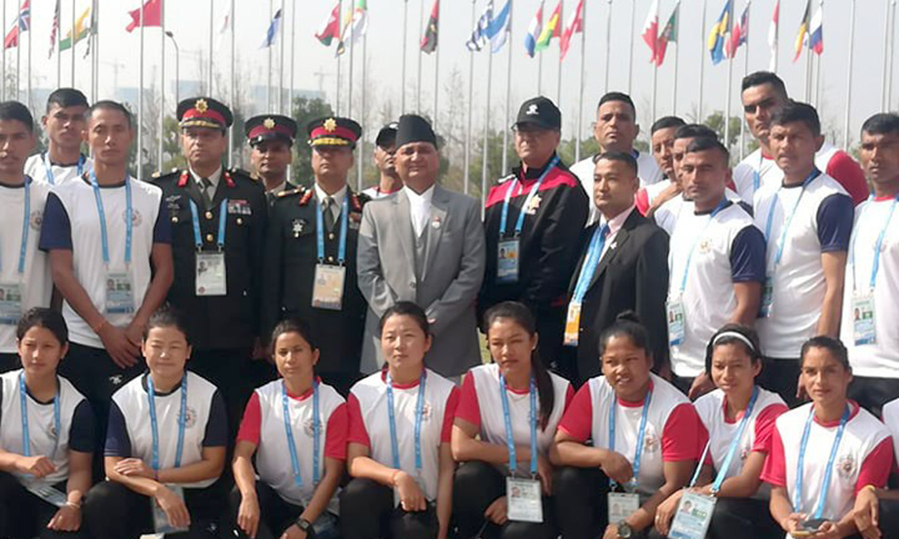