Discussions were held to enhance the existing relations & cooperation between both the countries & their people.

His Highness expressed his happiness over the ongoing co-operations between both the countries especially in the field of Culture & Heritage. His Highness assured

H.E. Dhakal of all the cooperation needed while discharging her duties. 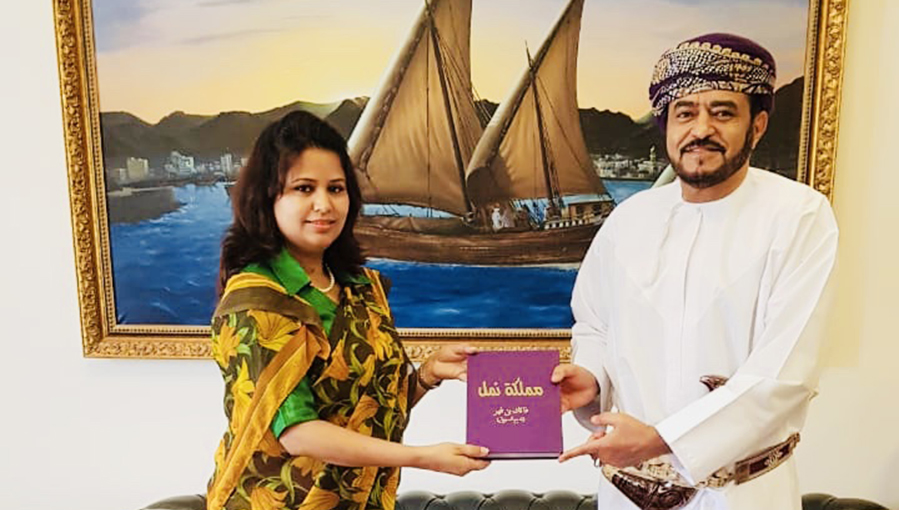