Miss Nepal North America (MNNA) is very pleased to announce the appointment of Ms. Sadiccha Shrestha – Miss Nepal 2010, as the Official Choreographer of the event, and Ms. Fatena Qassem – Miss Tourism Intercontinental 2018, Miss Woman New York 2017, and Miss Tourism USA 2017 title holder, as the official trainer for the event. Miss Nepal North America has also chosen Melrose Ballroom, Queens, NY as the venue for the Grand Finale and the VIP after party of Miss Nepal North America on August 11 2018. Melrose Ballroom is one of the best venues in New York where internationally acclaimed artists like Rihanna, Shawn Mendes, Steven Tyler, and FKA Twigs, Bipul Chettri, The Edge Band, The Original Duo, Mukti And Revival, The Nepali Idols, Naren Limbu, Cobweb and many more have graced the staged.

Ms. Sadiccha Shrestha represented Nepal in Miss World in 2010. She is a perfect example of beauty with brains! She is the recipient of Nepal Bidhya Bhusan Padak 2017, MBA Gold Medalist, and the Nepal Tourism Ambassador of the year 2011. During her tenure as Miss Nepal 2010 she was also appointed as the Young Conservation Ambassador for WWF. She also won the titles of Miss Personality, Miss Best Walk and Miss Photogenic. This is the highest number of subtitles won by the same contestant in Miss Nepal. She was also awarded as the VOW Top 10 College Women Competition. 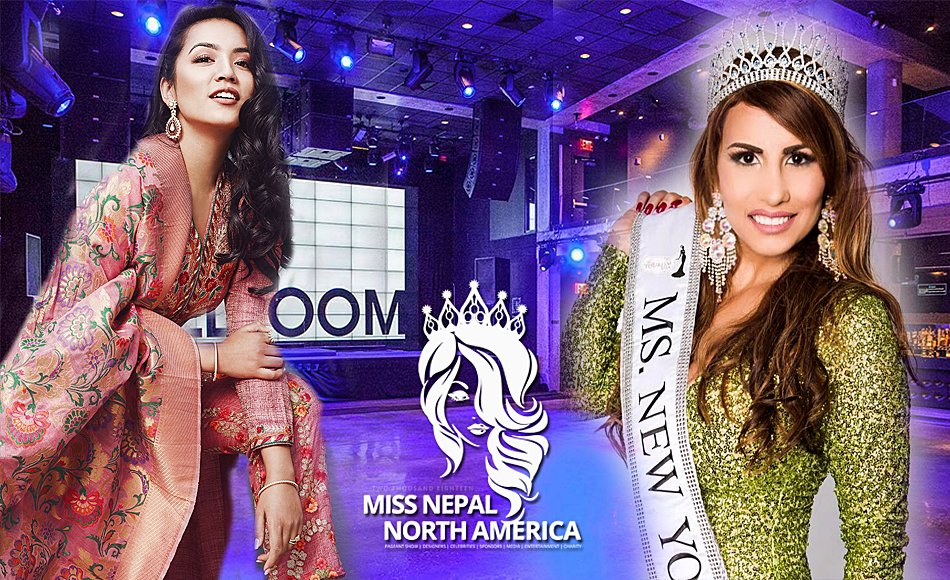 Ms. Fatena Qassem is also a hospitality veteran of 20 years serving the industry, moved through the ranks to hold several titles to Managing Director. Professor at the NYIT School of Hospitality – School of Management Hospitality Studies teaching Revenue and Finance and assists promoting business in Queens, NY. Named One of Top Hospitality Women of 2017 and 2018, Model of the month and International Woman Model of the year, and Model of the month in 2017 by Beauty and Arts, and has also graced the runway of several New York Fashion Week. Served as a judge for Miss Universe Preliminary in Guyana, and judge for the Global Short Film Awards on Environment and Social Awareness Films at Festival Cannes, France. Chairwoman of sustainability committee with NYC Hotel Association and plays a role to entice membership involvement and focus on people profit and planet. She also assists NYC mayor’s office and state’s commitment for better Sustainable future. We are very delighted to welcome her to Miss Nepal North America.

We hope you join us during the event in New York. To apply for the pageant please and more more info please go to www.missnepalna.com