Kathmandu: A contingent of Nepal Army (NA) offered ‘guard of honour’ to Indian Prime Minister Narendra Modi, who is on a state visit to Nepal.

At a special ceremony organized at Sainik Munch, Tundikhel, a 19-gun salute was offered in honour of the visiting Indian Prime Minster.

There has been a tradition to offer ‘guard of honour’ to show respect to the special guests.

Also present on the occasion today were the members of Council of Ministers and Nepal Army Chief.

Indian PM Modi had arrived Kathmandu this afternoon in course of his two-day state visit.

Earlier, a civic reception was held in Province-2 headquarter, Janakpur, today in honour of PM Modi. Before this, he performed special worships at Ramjanaki Temple in Janakpur. 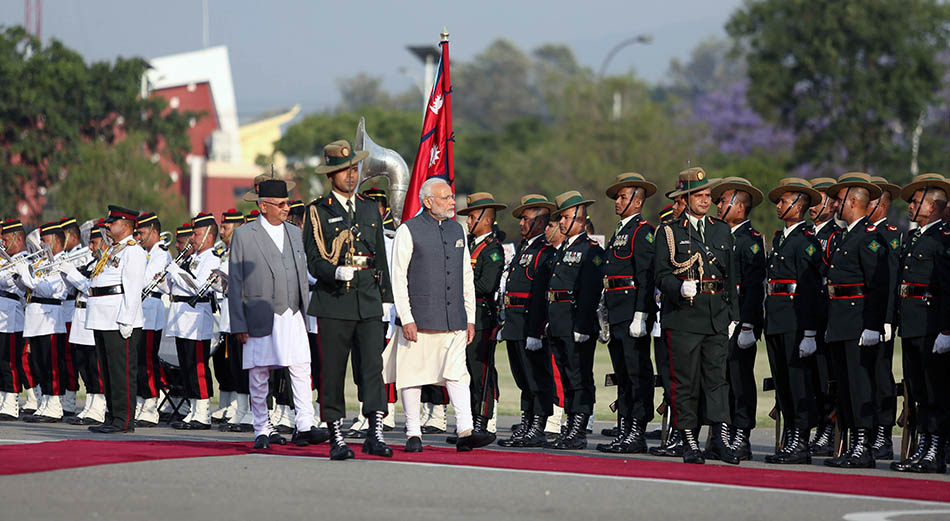 Minister for Foreign Affairs Pradeep Gyawali had welcomed Indian PM Modi at the VVIP Lounge of Tribhuvan International Airport in Kathmandu today. The Indian PM had come Kathmandu through a special aircraft.

Immediately after the honour, PM Modi is scheduled to pay a courtesy call on Vice President Nanda Bahadur Pun at the Office of Vice-President, Bahadur Bhawan.