The Syrian Strike: Why It Matters? 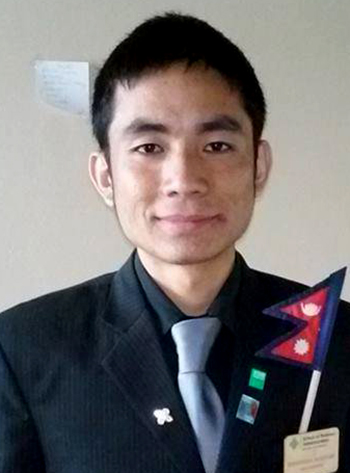 The recent Syrian strike by the 3 Western nations – the US, the UK, and France – doesn’t hold strategic importance in the ongoing Syrian War nor does it indicate any long-term effort to change the balance of power in Syria. However, it’s a symbolic move. It sends a strong signal to Syria and its allies, Russia and Iran, that certain international laws should be strictly followed and if anyone violates it with force, the Wester powers won’t wait to address it through the international mechanisms such as the UN Security Council, they will take matters into their hands and respond with force to fulfill the moral obligation. This strike is significant in the sense that it really separates “chemical attack” from the whole war. Much more people have died from conventional bombs and bullets than from recent gas attack in Syria. Nobody had raised any alarm. However, this “chemical attack”, arguably 51st or more from the Sryian government, caused global alarm. There was a danger of this type of attack, banned by the Geneva Convention, being considered normal while the world is watching and doing nothing to stop it.

This strike was essential for 3 main reasons. Given the veto power of Russia, any internationally agreed UN Security Council resolution, was bound to fail. Second, with time slipping away, matters would cool down and things would return to as usual with no “effective” punishments or consequences to the perpetrators. Third, the OPCW (Organisation for the Prohibition of Chemical Weapons) team sent to inspect the attack had mandate only to verify if chemical gases were used or not. They wouldn’t be able to attribute it to any group or state actor. At the end, even if chemical gases were used, there would be argument on who to blame with Russia always defending the Syrian regime. It would end nowhere while Bashar al-Assad goes unpunished for this heinous crime, allegedly repeated several times in the past.

The United States
With over $600 billion of annual military budget, the US is the largest superpower in the world and the largest party to the Syrian conflict. Given the unpredictable and volatile temperament of President Trump, this action has been relatively very well measured and very right. It was not too soon to be called rash and not too late to be called ineffective. And, it was a well thought plan to punish Bashar al-Assad with a strong message “Enough is enough. Certain actions have real consequences” without escalating into war with Russia. Its scope was very limited “just to enforce international law signed by over 190 states including Syria itself”, not to alter the war itself and certainly not the “regime change”.

However, the US is not all saints. It as well as other Western countries do have a shadowy history with regards to chemical war. During 1980-88 Iran-Iraq War, it remained silent when Saddam Hussein used chemical gases, got from the US and other Western powers, against Iranian soldiers as early as 1980. Thousands (4,000+) Iranian soldiers died as if in sleep without firing a single shot, yet the world watched and said nothing. Arab countries from Saudi Arabia to Egypt blindly supported Iraq as it was an Arab state fighting against an arch-enemy Persian state, Iran. The US and western powers were on Iraq’s side with most turning a blind eye to this disaster. When on 16 March, 1988, Saddam Hussein dropped mustard, Sarin, and Tabun gases in the Kurdish city of Halabja as some Kurdish guerilla forces joined the Iranians, over 5,000 Kurdish population was decimated. Yet again, there was no international outcry and no global condemnation. Yet again, the Arab states and the US remained ostentatiously silent! Then US President Ronald Reagan in fact had very good relation with Saddam Hussein. There was no mention of this chemical attack against civilians in his talks with Saddam Hussein.

It was a very biased and myopic view of Washington that they would later regret. It was a historical example of triumph of nationalistic interest over international laws and principles and an example of how superpowers selectively raise and forget certain events to suit their purpose, not to mention the fact that some of the Western powers were indirect culprits. Saddam had gotten chemicals from Germany as well as manufactured chemicals with the help of German scientists that were later used against the Iranians and his own people, the Kurds. We have walked a long way from this set of unfortunate events in history. The US is no longer the US of pre-1990. Things have certainly changed. I certainly don’t think the US would be in a position to condone such kinds of attacks were it to happen by its allies, be it Arab states or any other today.

Russia
With a military budget of over $65 billion, Russia is the 3rd largest superpower of the world and the 2nd largest party to the Syrian conflict. Many wonder why Russia is so resolutely backing Syria. Of all the Arab states, Russia has had the deepest relation with Syria, dating back as early as the 2nd Arab-Israel War of 1967 when then Soviet Union stood behind Syria due to which Israel was hesitant to attack Syria definitely until the end. Syria was the only country to have a Marxist influenced Bath party to have ideological leaning close to then Soviet Union’s. And, of course Russia considers Syria its Middle-East backyard that it cannot afford to lose to the United States. It is also strategically located as it provides Russia access to the Mediterranean Sea. However, Russia needs to tread this war very carefully. It should do more to restrain Bashar al-Assad’s indiscriminate actions lest it unwittingly bring the two superpowers into direct confrontation. It should act as a responsible global superpower.

The United Kingdom
With a military budget of almost $55 billion, the UK is a significant party to the Syrian conflict. It resolutely backed President Trump’s plan to attack Syria without consent of the parliament. It was a moral obligation, an action done just to enforce international law. And, in this Theresa May was justified. In wars, not all decisions are taken with consent of the parliament. Many a parliament tend to too focused on domestic/nationalistic concerns and process to lose bigger picture of international system to hinder such coordinated action between nations. If Trump, Macron, and May had waited to take consent of their Congress, parliament, and national assembly respectively, this strike would have never happened. Such actions are best left to the leaders of the nations to save the delicate international system and laws.

France
With a military budget of almost $35 billion, France is a significant party to the Syrian conflict. France has historically maintained a relatively neutral image compared to the UK which is seen as first among the followers of the US. President Immanuel Macron has cut out an image of man of words and man of action with this strike. With this daring action, he has sent an unmistakable message to Syria, Russia, and Iran. France is not going to sit on the fence when international laws are trampled. It will act decisively, no matter what the cost.

Syria
With a military budget of around $2 billion, Syria has become the sick-man of the Middle East and a dangerous spot on the world where there is a possibility of two superpowers directly confronting each other. With lessons from Libya and Iraq, the United States has had a very limited presence in Syria. With now Turkey and Iran involved, not to mention the several Syrian rebel groups and the Kurdish militia, Syria has become the ultimate puzzle. One thing is sure, there is no military solution in Syria and the Russians are here to stay. The unthinkable is now thinkable. President Assad is here to stay. There won’t be regime change. For the sake of regional and world peace, the Syrian conflict should be limited to Syria and a political solution found out sooner than later involving Iran, Turkey, Russia, and the Western powers. Otherwise, the situation could become much worse, now that ISIS is gone, there are just Russia backed and the US backed opposing sides facing each other. There is no common enemy. It’s two sides facing eye to eye now.