Michael G. Miller represents the 38th Assembly District in Queens County, which includes the neighborhoods of Woodhaven, Ridgewood, Richmond Hill, Ozone Park and Glendale. Kiran Marahatta, a senior journalist discussed with him regarding his efforts to empower the South Asian Community.

You have been serving the community for 9 and half years, what are the major achievements of your tenure?
So when I came to this job, I just wanted to help people. That was my main focus and we have done that. We made sure that constituent service, and the issues that come as the problem, we make sure that we work on it.  We try very hard to accommodate everyone and take care of the need they have. We have done many things over the years. When we first came in, there was an earthquake in Haiti. A lady from the next block called up, she wanted help in getting her mother’s body out of Haiti. I have been just committed to what we do, but couple days later we had her body back. She felt secure that she has her mother body back. That was a big accomplishment, having just committed, not really having done anything, you know. Getting traffic light put in, getting turn signals, stop signs, speed bombs; those are all bigger accomplishment because it helps the local community. 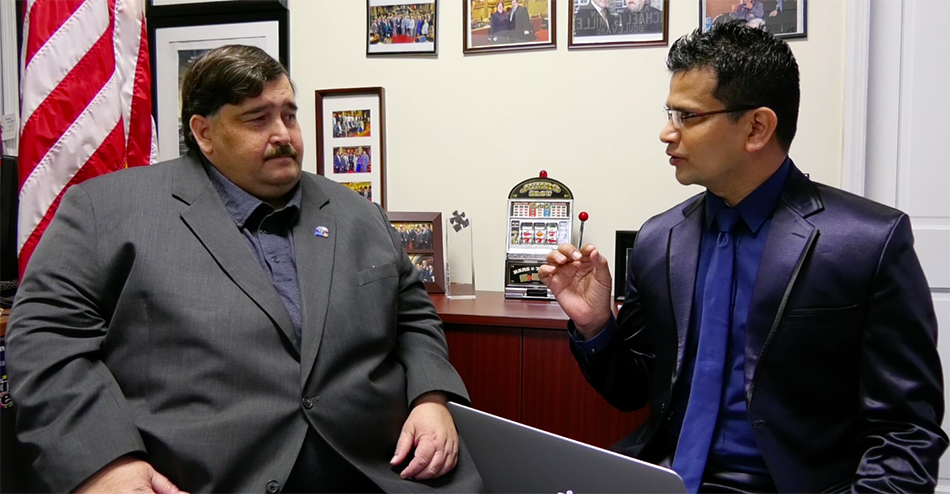 Mike, kindly explain me about your interest in politics, so far as I am a concern, before joining politics you were a social worker, what inspire you to join politics?
I have grown up and never did politics. I volunteer my community. We volunteer the youth council, Greater Ridgewood Youth Council, helping children, tutoring at the school, help recreation, after-school program, community center, you know, it took a long time. I was there for 25 years. 20 years patrolling the street in the night to make sure everyone is safe. You are who sleeping, we are patrolling the street. I am the member of Corona which is the organization to raise money and give it back to the community children. Those are the things we did in the community to get at this point.

What was the major turning point you decided to run?
I wanted to run because three major community leaders came to me and said they wanted me to do this. “You could be the Assemblyman, all of the things you have done, this is goanna give you more power to be better and to get more work done,” that’s why I decided to run.

I talk about the recent activities at Albany; you have proposed a bill for funding to build a community center in your district.
It’s not proposal or resolution; we requested a funding, so that’s the first step. And every time we meet and negotiate how we gonna get this money. As I mentioned to the community leaders it gonna take 4 or 5 years so we gonna get to that point but you have to start somewhere and you have to fight for now.

Which factor motivated you to do this?
So, meeting a lot of Nepali people, community leaders from Ridgewood, their need for the community center, for me it was very important to try to help out and make that happen.

Regarding Nepali community, there are large numbers are living Ridgewood and surrounding area, what is your analysis of them?
In life, in business or in politics you learn to read people. You learn to see what people are about. I have learned that Nepali is a good heart and good nature people and always wanna do help. When people wanna help you make sure that we keep you and get you to help because you wanna do it, it’s in your heart. You wanna help better the community you live in, better the group you belong to, and I saw that. I saw a lot of great people. I wanna make sure that we help them to make a better stand in the community.

As an Assemblyman, do you have any specific program or strategies regarding South Asian community? I introduced many bills over the years to help the South Asian Community lots of them deal with translation; for example, we just introduced a bill to have DMV paperwork and application in the Nepali language. We have done a Panjabi and other languages may not have it. We have put bills so that hospital forms and stuff in Punjabi, Bengali. We work in Muslim community; make sure Hallal food is provided in our schools. Bills are important and we are keeping working to get them approved. It takes a lot of time because you have to get other people to agreement. That’s a big process.

As you mentioned regarding DMV, what is the progress?
It was only put up to us a couple of weeks ago, we have introduced the bill. We had the bill written. We need a big push from the Nepali community in the Assembly to get labyt there to push. To make sure that they get on board, let’s sing on the bill, so more people we have signing on to the bill so easier we can get move on it.

So, what should Nepali community do to make this happen?
We discussed the other day getting the member from Nepali community to write to their Assemblyman. They have to speak them to write to the Speaker, the main in charge of the Assembly, to tell, hey, “this is an important bill.” If he gets great numbers of petition or a great number of letters that he may say, “oh, I need to look deeper on to this.”

I believe this issue was disclosed last month at the inauguration ceremony of Himalayan Democratic Club. So, how long do we need to wait to pass the bill?
That’s not something I can guess on. There is no specific time frame that when bills are introduced how long it will take before they will come to the floor. It matters about getting support from the Assembly and making leadership in the Assembly know about it so once we can get that all done it helps the boll to move on. We need the community involvement.

Can you explain your plans to enhance the socio-economic life of South Asian Community?
We have done a lot of to build this making sure they have a prevailing wage, we have done a lot with minimum wage. We worked to raise that to $15 an hour which is a good number. We try to put things in the place when people come to us say, hey I need a help with this; we try to work out a plan. Not something that with specific people we work for all community.

As an Assemblyman, do you have any policy to support people to start a small business?
We have done a lot at the Assembly for the small business. We have given tax credit so that you can hire more people. In certain areas, we have given a break for that minimum wage. We have done economic things in different areas and we work to figure out what’s best for a different community.

Regarding the minimum wage, analysist  always raised the voice that this wage rate is not enough to survive in the expensive city like New York, so what’s your opinion regarding it?
What we have done the minimum wage rate, that’s a big deal here in this area. Lot’s of immigrants coming can’t get those high paid jobs. To be able to raise their wage three four dollars an hour that’s a big deal to get them an extra hundred or Hundred Fifty Dollars extra in a week. We work on getting housing so all of these building goes up; we make sure that there is affordable housing for most of those people who don’t make much money. So there are things in lots of ways.

People from South Asia have little access in the U.S. politics; do you have any specific strategies to get the involvement of South Asian Community?
For that, you have to start somewhere, okay. So, Nepali community in Ridgewood has a Democratic club. My plan is to raise their involvement and one of them must be on the county committee, it’s an elected position. You help to shape the politics and who represent you and the things that you need in your community. That’s how you get involved. If you get involved in the political size it elevating you. You can’t involve and wannabe president, it’s impossible.

What is the significance of Himalayan Democratic Club?
Democratic is where you meet to foster democratic values in your community.  That can help to get recognition and position so you come in to start the club. You might have about 50 people at the first meeting. The ideas to get people involve, build on them, the ideas about people in the political system. There are exciting things to do. You get signature, knocking the door. That’s helps elected officials. It helps the people that we want to get on the county committee. It’s a process, you have to enjoy it.

As an experienced politician, would you mind to make some prescription for the newly established democracy like Nepal has?
The only thing I will suggest to people is, to be honest, to be truthful and believe on you. And if you were doing politics only to help people, then you will be very successful. So I would live to suggest that worry about the people who looking for help not about yourself.

Can South Asian Community expect anything more from you, apart from the regular services?
The only thing that I want to do is to help people and so, as I go out to my community, my promises and support to them are to get everybody involve. Over the years, I worked with Latino Community, my promise was to get them involve into the political system. When positions opened up, I asked people to take a lead role, became a district leader, become state committeeman to get them to next level. Apart from Nepali, I have a great relationship with the Indian community, Sikh community because I don’t go and ask anything, I go and ask, “How can I help you?” Indian and Shik are at State level where I want to see Nepali leader in the future.

Mike, I believe that you are an excellent leader, what is your destination in the politics?
My destination is to be the greatest New York Assemblyman of District 38. I am happy to be an Assemblyman. I am happy working with the local community. I don’t want to be the president of the United States. I am happy helping people. That’s my goal.